Plagiarism: How to Avoid It

From the Castleton University Handbook

"Definitions of Infractions: The following list is intended to illustrate the types of behaviors that are considered academically dishonest at Castleton. It is only a partial list; other behaviors may, as well, violate the basic principles of academic honesty.

A. Plagiarizing in any form. Plagiarism is stealing. Castleton University defines plagiarism as the act of submitting someone else’s work, words, or ideas (in part or in whole) as if they were one’s own, without proper attribution of credit.

Credit must be attributed to both print and online source materials, including books, periodicals, articles, video, music, and images. The Internet has become a powerful research tool, but students should note that its power also has a double effect: the Internet makes committing and detecting and proving plagiarism much easier.

Additionally, Castleton makes no distinction in the definition of plagiarism on the basis of a student’s intent. Students are responsible for taking pains to familiarize themselves with the citation standards and practices in their respective disciplines and courses to avoid plagiarizing.

Plagiarism includes, but is not limited to the following:

Any student who is unsure whether a particular behavior is permissible under Castleton’s academic honesty policy should consult either the instructor of the course for which the work is being done, the student’s faculty advisor, or the Academic Dean."

You might also consult a librarian, or the Academic Support Center.

How to Recognize Plagiarism from Indiana University, including examples and practice exercises identifying plagiarized passages

Plagiarism Tutorial from University of Southern Mississippi, includes quizzes with examples of acceptable use vs. plagiarism for using quotations and paraphrasing/summarizing.

Learn to use others' ideas and language responsibly

There are many instances of plagiarism that are purposeful and clearly a form of cheating.  However, failing to carefully cite other people's ideas and language in the body of your writing can also be considered plagiarism.  It is important to learn to skillfully give credit to your sources in the body of your writing.  These are the three main ways other people's ideas can be incorporated in your writing and given credit with an in-text citation or a footnote.

A brief explanation of quoting, paraphrasing and summarizing

The Nuts and Bolts of Integrating Sources into your writing, from the Harvard Guide to Using Sources

Quoting
When you use someone else's language word for word, you indicate this in a quotation.  You must attribute the quote to the original source.

Summarizing
Summarizing is putting the main ideas of a source in your own words.  Summarized ideas must also be attributed to the original source.

Paraphrasing
Putting a passage from a source into your own words is paraphrasing. This also must be attributed to the original source.

Short instructional film about behaviors that constitute plagiarism, their consequences, and the best ways to avoid them

Activities to learn about using sources in your writing

More exercises for learning about using sources in your writing

What is plagiarism from University of Mississippi, includes a quiz with examples of acceptable use vs. plagiarism for using quotations and paraphrasing 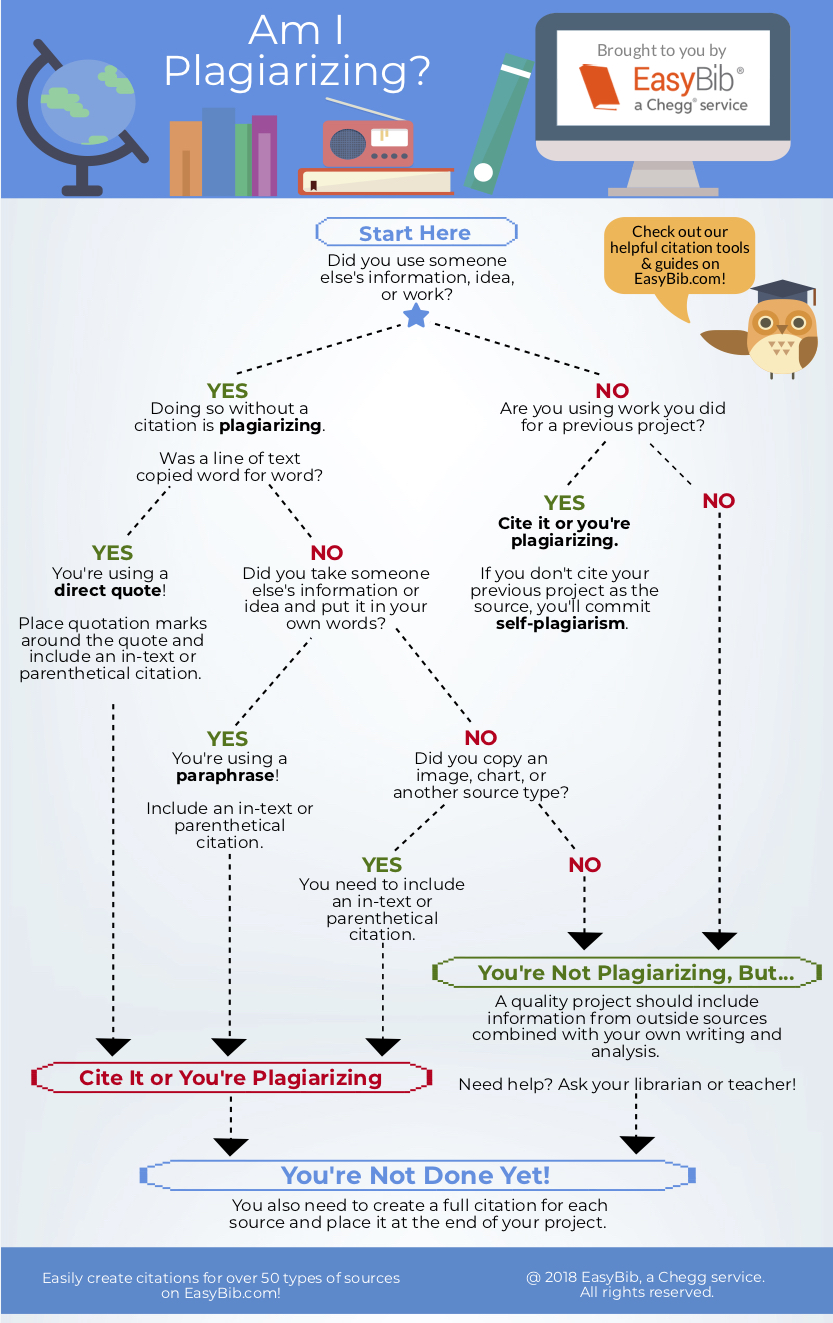