Anti-Intellectualism in the Classroom 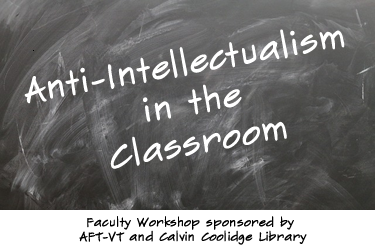 You may be prompted to login with your Portal username and password to access resources provided via the Library's subscriptions.

Civil Discourse in the Classroom

Would you like us to add a resource to this page?  Please email the library at library@castleton.edu with the resource information.